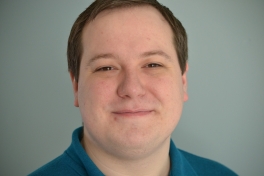 Kyle Wernke is a composer and conductor whose music has been described as 'imaginative and infectious' (Michael Schelle) and 'exemplifying all that is right with quality new music' (Douglas Knehans). His work explores dynamic, tonal, and textural extremes - often in rapid succession. Kyleâ€™s work has been performed across the United States and around the world. His 2017 work Burst was recorded by the Brno Philharmonic for Ablaze Recordsâ€™ album â€œOrchestral Masters, Vol. 6.â€ The work had subsequent performances by the Tampa Bay Symphony and the Musique en Seine Orchestre in Paris, France. His chamber music has been performed at the Walden School Creative Musicians Retreat, Charlotte New Music Festival, and June in Buffalo.

His 2021 cantata Da Vinci at the River was nominated for the 2022 Pulitzer Prize in Music by Missouri University of Science and Technology where he serves as Assistant Professor of Music, Director of Orchestras, and Composer-in-Residence.

At S&T Wernke directs the orchestra and jazz ensembles and teaches courses in music composition, history, and theory. In this capacity he has lectured on the music of Webern for S&Tâ€™s Center for Science, Society, and Technology; spoken to the Deanâ€™s Leadership Council about his work as a composer; graced the cover of the Arts, Languages, and Philosophy Department Newsletter; and been the recipient of a Faculty Achievement Award and Innovative Teaching Award. He currently lives in Rolla, MO with his wife, violist Lauren Perala, their dog Luna, and their three cats Pearl, Nubbins, and Sawadee.