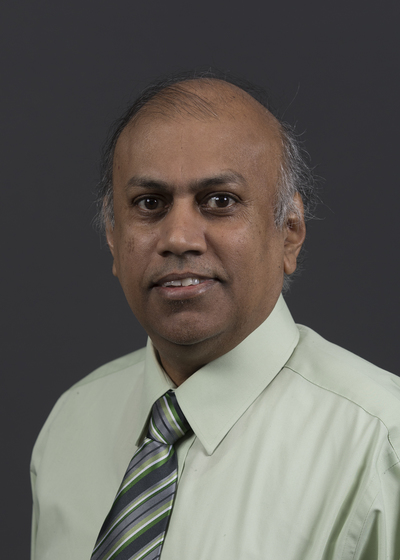 Dr. Sarangapani Jagannathan is a Professor of the Electrical and Computer Engineering and Rutledge-Emerson Distinguished Chair at the Missouri University of Science and Technology (former University of Missouri-Rolla). He served as a Site Director for the NSF Industry/University Cooperative Research Center on Intelligent Maintenance Systems for 13 years. His research interests include learning and adaptation, neural network control, secure human-cyber-physical systems, prognostics, and autonomous systems/robotics.

He has coauthored with his students 181 peer reviewed journal articles, 289 refereed IEEE conference articles, several book chapters, authored/co-edited 6 books, received 21 US patents, one patent defense publication and several pending. He graduated 30 doctoral and 31 M.S thesis students, and his total funding is in excess of $18.6 million with over $10.5 million towards his shared credit from federal and industrial entities. He was a co-editor for the IET book series on control from 2010 until 2013 and now serving on many editorial boards including IEEE Systems, Man and Cybernetics, IEEE Transactions on Neural Networks and Learning Systems.

He received many awards including the 2021 University of Missouri Presidential Award for Sustained Excellence in Teaching, Research and Service, 2020 Best Associate Editor Award from IEEE Systems, Man and Cybernetics Society-Systems, 2018 IEEE Control Systems Society Transition to Practice Award, 2007 Boeing Pride Achievement Award, 2001 Caterpillar Research Excellence Award, 2001 University of Texas Presidential Award for Research Excellence, 2000 NSF Career Award, and has been on organizing committees of several IEEE Conferences. He is a Fellow of the IEEE, National Academy of Inventors, and Institute of Measurement and Control, UK and Institution of Engineering and Technology (IET), UK.