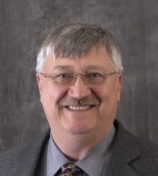 Dr. O'Malley earned Bachelor of Science and Master of Science degrees in Materials Engineering from Drexel University in 1978 and a Ph.D. in Metallurgy from the Massachusetts Institute of Technology in 1983. He is currently a member of the Executive Board of Directors of the Association for Iron and Steel Technology (AIST), currently serving as AIST's Vice-President in 2018-2019 and as AIST's President in 2019-2020.

O'Malley received the AIST Distinguished Member and Fellow Award in 2012, two AIST Presidential Citations in 2010 and 2013, the AISE Benjamin F. Fairless Award in 2012, The ISS Charles Herty Jr. Award in 1999, the AIST Jerry Silver Award in 2015, the AIST Kent D. Peaslee Award and Richard J. Fruehan Awards in 2018, and was the Alpha Sigma Mu Lecturer at MS&T in 2018. Dr. O'Malley is also a lecturer for several AIST short courses and the Brimacombe continuous casting course, serves as a mentor for the AIST Foundation Kent D. Peaslee Junior Faculty Award and on the selection committee for the Elliott Lectureship Award.