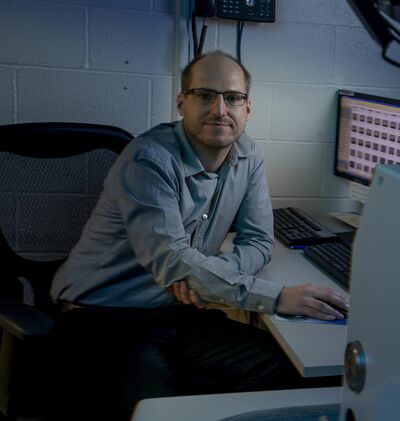 Dr. Marek Locmelis is an economic geologist with expertise in geochemistry, petrology, planetary evolution, and analytical chemistry. Dr. Locmelis received a Ph.D. in Earth and Planetary Sciences from Macquarie University in Sydney, Australia, in 2011 and subsequently worked as a postdoctoral fellow at the University of Western Australia (Perth, Australia) and at the NASA Goddard Space Center (Maryland).

His research investigates the fundamental processes that underlie the formation of metal deposits in Earth's interior and on Mars. Most known world-class metal deposits formed relatively close to the Earth's surface. However, a recent decline in major discoveries suggests that most of the easily accessible, near-surface deposits have already been found. Dr. Locmelis looks at deeper levels in the Earth and at Mars to identify new areas that may contain ore deposits in order to guarantee a steady metal supply in the future. Another focus of Dr. Locmelis' research is the geochemical evolution of the deep interiors of planets and protoplanets. In particular, his research investigates if (and how) oxygen bound in minerals and magmas in the interiors of planetary bodies can affect the composition of oceans and atmospheres - and therefore contribute to whether a planet is habitable or not.