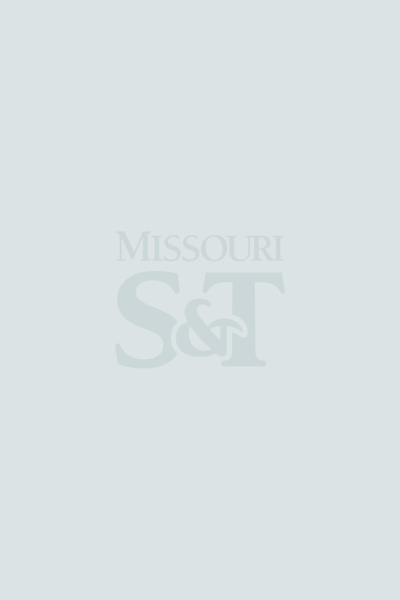 Dr. Hu Yang came to Rolla in August 2020 from Virginia Commonwealth University (VCU) where he was the Qimonda Endowed Chair in chemical and life science engineering, biomedical engineering, and pharmaceutics since 2005.

Dr. Yang received his bachelor's degree at Sichuan University in China in 1998. He earned his Ph.D. in chemical engineering from the University of Akron in Ohio in 2004, and conducted postdoctoral research in pharmaceutical sciences at the University of Wisconsin-Madison between 2004 and 2005.

Engineering, materials science and medicine meet in Dr. Yang's research. In his internationally known, interdisciplinary research initiatives, he investigates the role of biomaterials and nanotechnology in the treatment of cancer, glaucoma and arterial plaque buildup as well as the use of hydrogels and dendrimers in targeted drug and gene therapies and tissue engineering. One of his research areas is engineering dendrimers, which are highly branched, three-dimensional molecules, to create nanostructured materials that could be used in a number of ways depending on the medical need.

Yang has a strong background in polymer chemistry and extensive research experience in biomaterials and drug delivery, which allows him to develop and synthesize new polymers and complex drug delivery systems using state-of-the-art techniques like click chemistry and bioconjugation. His team is actively exploring various applications of those new biologically active polymers or platforms in drug and gene delivery to treat a variety of diseases.

Yang's research combines engineering, materials science, medicine and pharmaceutics. Its interdisciplinary nature allows him to blend pharmaceutics with engineering to create a new generation of therapeutics and formulations for cancer therapy, ocular diseases such as glaucoma, and cardiovascular disease such as atherosclerosis, as well as exploration of non-invasive routes of administration for chronic disease medication management such as diabetes.

As a researcher, Yang has garnered more than $10 million in research support, including more than $5.5 million for research in which he was primary investigator. He received a CAREER Award from the National Science Foundation (NSF) in 2010 and a Wallace H. Coulter Young Investigator Award in 2009.

Yang's body of work includes publications, university leadership positions and community outreach. He has mentored dozens of students and worked to increase diversity in the science workforce. Yang conducts research into innovative drug delivery methods and integrates that research into educational programs. This expands graduate and professional students' knowledge and experience in the emerging scientific area of drug delivery and nanomedicine. Yang also teaches undergraduates basic and critical educational topics to prepare them for future careers.