David Duvernell is a Professor and the Department Chair of Biological Sciences at Missouri University of Science and Technology. Prior to joining the faculty at Missouri S&T in 2017, he spent seventeen years as a faculty member at Southern Illinois University Edwardsville, and before that, was a postdoctoral researcher working with Dr. Walter Eanes at Stonybrook University after completing a PhD studying with Bruce Turner at Virginia Tech.

Recent and ongoing research has focused on the evolutionary genetics of a group of freshwater topminnows, including their phylogeography and comparative studies of reproductive isolation and interspecific introgression in replicate contact zones among closely related species. These projects are collaborative with researchers at the University of Southern Mississippi and UC Davis. He and his students are also collaborating with researchers at Missouri State University, and the Missouri Department of Conservation, using environmental DNA metabarcoding technology to study fish community structure in Missouri Ozark streams as well as other various projects of conservation genetic focus. Other projects have included studies of the evolutionary dynamics of non-LTR retrotransposable elements in fish genomes and the phylogeography and evolutionary genetics of the Mummichogs (an Atlantic coastal killifish) and pupfishes. Duvernell teaches courses in genetics, evolution, and conservation biology. 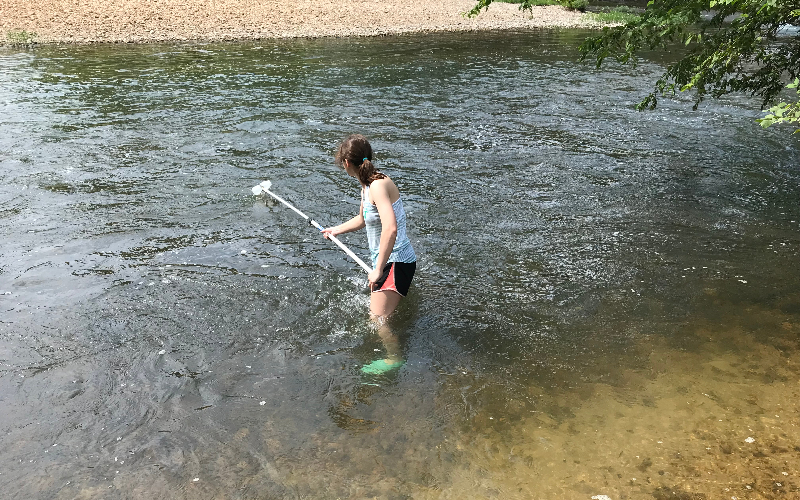 Water sampling on the Big Piney River for eDNA metabarcoding