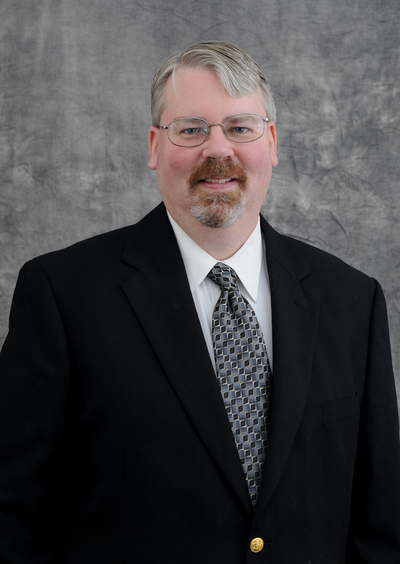 Dr. Michael Bruening received his PhD in 2002 from the Division for Late Medieval and Reformation Studies at the University of Arizona. Before coming to Missouri S&T, he taught at Concordia University in Irvine, California. He came to Missouri S&T in 2007, where he teaches courses on European history from ancient Rome through the early modern period. He is currently the interim chair of the Department of History and Political Science and in 2018-2019 served as the President of the Faculty Senate.

Dr. Bruening's research specializes in the history of the Reformation, particularly Calvinism and the Reformation in French-speaking Europe. His first book, _Calvinism's First Battleground_ (Springer, 2005), explores the early Reformation in the Pays de Vaud, the area of French-speaking Switzerland next to Geneva. This book has also been translated into French as _Le premier champs de bataille du Calvinisme_ (Antipodes, 2011). His second book, _Epistolae Petri Vireti_ (Droz, 2012) is a critical edition of the previously unedited correspondence of the Swiss Protestant reformer, Pierre Viret, head pastor of Lausanne, Switzerland, and one of John Calvin's closest associates. In 2017, Dr. Bruening published a primary source reader for courses on the Reformation, titled _A Reformation Sourcebook: Documents from an Age of Debate_ (University of Toronto, 2017). In 2021, he published _Refusing to Kiss the Slipper: Opposition to Calvinism in the Francophone Reformation_ (Oxford University Press, 2021). It is the first narrative of the Francophone Reformation told from the perspective not of the Calvinists but of their Protestant enemies.

Dr. Bruening is currently working on an open-access, online critical edition of Sebastian Castellio's correspondence, which may be found on Dr. Bruening's S&T web page. His other current projects include an edition of a mostly unknown Apology for the Lausanne pastors and professors compiled by Theodore Beza and a study of the early modern origins of liberal and conservative Christianity.