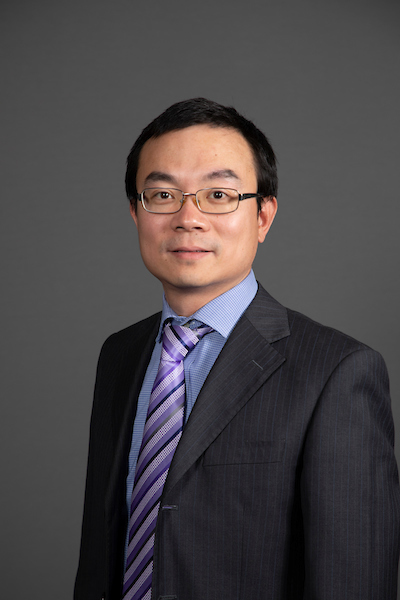 Dr. Bo is an assistant professor of the Department of Electrical and Computer Engineering at Missouri University of Science and Technology (formerly known as University of Missouri Rolla). He received the BSEE and MSEE degrees in electric power engineering from Southeast University (China) in 2000 and 2003, respectively, and received the Ph.D. degree from The University of Tennessee, Knoxville (UTK) in 2009. He worked at ZTE Corporation and Shenzhen Cermate Technologies Inc. as a software engineer and then architect from 2003 to 2005, respectively. From 2009 to 2017, he worked at Mid-continent Independent Transmission System Operator (MISO) at Eagan, Minnesota, USA as an engineer, senior engineer, and then principal engineer and project manager.

Dr. Bo is a senior member of IEEE. His research interests include, but not limited to, computation, optimization and economics in power system operation and planning; high performance computing; electricity market simulation, evaluation and design. He has authored and co-authored over 70 technical papers in peer reviewed journals and international conferences. He is an editor of IEEE Transactions on Sustainable Energy and IEEE Power Engineering Letter, and a reviewer of IEEE Transactions on Power Systems/Smart Grid/Sustainable Energy, Journal of Energy Engineering, International Journal of Electrical Power and Energy Systems. He is also the founding chair of a new IEEE Task Force on Advanced Methods for Computational Intensive Power System Planning Applications.

Missouri University of Science and Technology